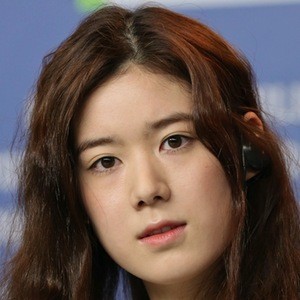 Actress, model, and singer who is best known for her role in the 2013 film Nobody's Daughter Haewon which premiered at the 63rd annual Berlin International Film Festival. She is also known for her self-titled album of indie folk songs.

She began her career in entertainment as a commercial model. She earned the CF Model of the Year award at the 2011 Asia Model Festival Awards. She began acting in 2010 when she starred in the film Haunters. Her television debut came the year after in the series Crossing Yeongdo Bride.

She has won multiple awards for her acting including at the 34th Blue Dragon Film Awards for Best New Actress in 2013 for her role in Nobody's Daughter Haewon.

She was born in Busan, South Korea but moved to London where she was raised.

She starred alongside Jo In-sung and Jung Woo-sung in the 2017 feature film The King.

Jung Eun Chae Is A Member Of