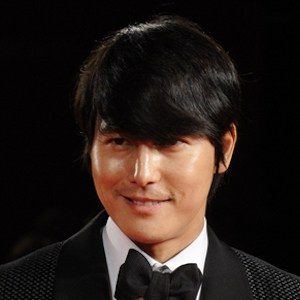 Actor who became an immediate success playing Min in the Korean gangster film Beat (1997), which earned him Best New Actor honors at the Korean Association of Film Critics Awards. He has gone on to collect awards for his performances in such films as The Good, the Bad, the Weird (2008).

He was raised in the neighborhood of Sadang-dong in Seoul, South Korea. He first entered the entertainment industry as a fashion model.

He is the first-ever Korean UNHCR Goodwill Ambassador.

He has a sibling named Yang Gang-woo and has dated actress Lee Ji-ah.

He appeared alongside Jang Hyun-sung in the action thriller Steel Rain (2017).

Jung Woo-sung Is A Member Of