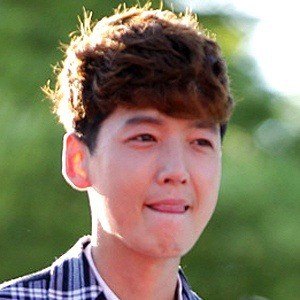 First known for his supporting roles in shows like I'm Sorry, I Love You and Time Between Dog and Wolf, he would later lead the shows Falling for Innocence, One More Happy Ending, and Missing Nine, amongst others.

His father didn't want him to pursue acting and for three years after he began his acting career, they didn't speak. They later reconciled. He studied theatre at Chung-Ang University.

In 2014, he was a cast member on the SBS variety series The Law of the City.

He was born to television director Jung Eul-Young in Gwangmyeong, South Korea. He began dating Girls' Generation's Choi Sooyoung in 2013.

In the 2017 MBC series Missing Nine, he stars opposite Baek Jin-hee.

Jung Kyung-ho Is A Member Of