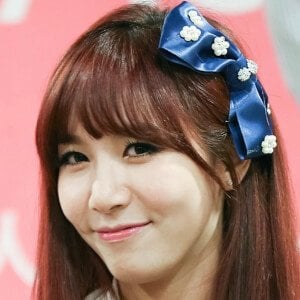 Vocalist who debuted as a member of the South Korean girl group Laboum in 2014. She and her bandmates starred on the reality show Laboum Project and broke out in 2017 with the release of their chart-topping album Miss This Kiss. Her full name is Jung So-yeon.

She hails from Gwangju, South Korea.

She was a contestant on the singing competition Girl Spirit in 2016.

She has been close friends with Bae Suzy form the band miss A.

Soyeon Is A Member Of