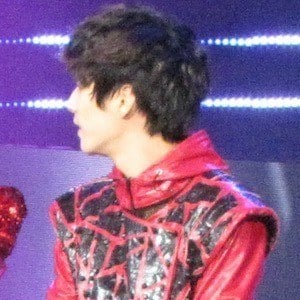 Dancer and singer most well known as the leader of the the K-pop group NU'EST. The group released their debut Korean album Re:Birth in 2014 and followed up in 2015 with their Japanese album Bridge the World.

He trained for two years with Pledis before making his debut with NU'EST.

In 2012, he and bandmate Baek Ho acted in the drama Jeon Woo Chi.

His real name is the same as SHINee's Jonghyun Kim.

He is joined in NU'EST by bandmates Ren, Baek Ho, Min-hyun, and Aaron.

Junior Royal Is A Member Of