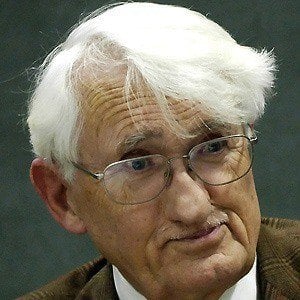 German sociologist and a philosopher who specialized in critical theory and pragmatism.

His main interests were epistemology and social theory.

He was married and had three children.

He developed a theory based on the Marxian tradition that combined the theories of Karl Marx and other notable philosophers.

Jurgen Habermas Is A Member Of