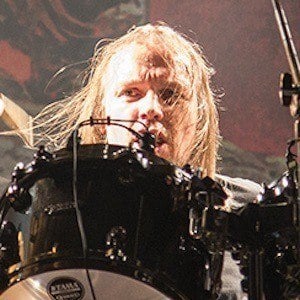 German musician who is best known for playing drums with the thrash metal band Kreator. He is known for his double bass drum style which is often featured in thrash metal music.

With a passion for music at a young age, he began to take lessons and finally began playing professionally with the band in 1982.

In addition to his music, he is also a big fan of tattoo art. He owns his own tattoo studio in Essen Karnap, called Kreativ-Tattoo, where he is also a resident tattoo artist.

He was born and raised in Essen, West Germany.

He played in the band Kreator with Sami Yli-Sirnio, who played guitar.

Jurgen Reil Is A Member Of