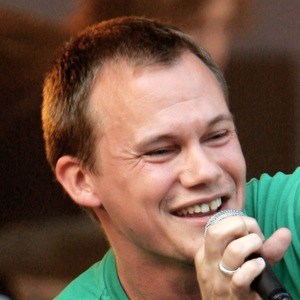 English musician best known for his breakthrough album Overtones which was released on Mercury Records in 2007. He is also known for founding his own record company called Nearly Native Records. His other hit singles include "Glory Days" and "Writer's Block".

Growing up on electro hip hop and house music, he became an amateur breakdancer at the age of 8. He then began DJing at different clubs when he was just 15. He completed a degree in Furniture Design at Kingston University and enrolled in music production courses. He went on to learn the trades and techniques and released his debut album The Outer Marker in 2002.

He is known for having taught a songwriting degree course in Brighton, England in 2010.

He was born and raised in Camden Town, London.

He collaborated with Kylie Minogue on the song "I Talk Too Much" for the American release of his album Overtones.

Just Jack Is A Member Of