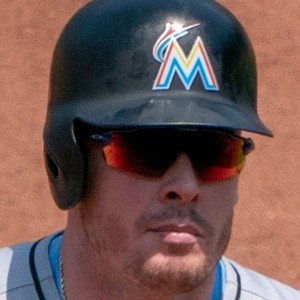 First baseman who spent the first 5 seasons of his career with the Miami Marlins before being traded to the Philadelphia Phillies in 2018. He had previously set several school records at George Mason University.

He played pitcher and first base at Westfield High School in Virginia.

He was named the National League Rookie of the Month for September 2015.

He has siblings named Jason and Jenna.

He got more playing time with the Marlins once the team traded away first baseman Michael Morse.

Justin Bour Is A Member Of