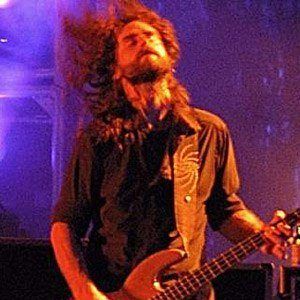 Best known for his work with the bands Tool and Peach, this rock and metal bassist also contributed to albums by the Los Angeles band Isis.

After playing in the school band at the Tonbridge School in Kent, England, he continued his studies at Durham University.

His instrument of choice for most of his gigs was a Wal four-string electric bass guitar.

He was born in London and raised in Kent, England. Upon joining Tool, he settled in California, U.S.A.

He and singer Maynard James Keenan were both members of Tool.

Justin Chancellor Is A Member Of