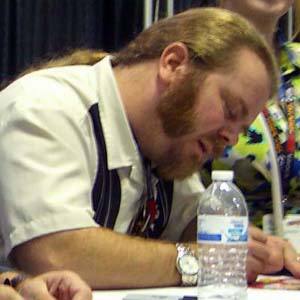 Best known for voicing the character of Yusuke Urameshi in the English-dubbed version of the popular Japanese anime series YuYu Hakusho, he also had a career as an anime producer and sound and dubbing engineer.

Early in his career, he worked as an English line producer and/or main producer for such Japanese manga-based television shows as Fruits Basket and Dragon Ball Z.

He grew up in Lubbock and Austin, Texas, and in Glenwood Springs, Colorado. His cousin also worked as a voice actor.

Justin Cook Is A Member Of