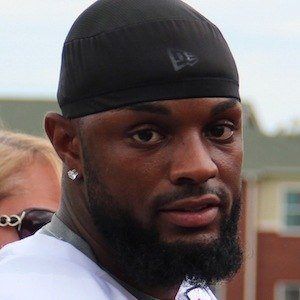 Wide receiver who became a standout player at East Carolina University before being drafted by the Atlanta Falcons in the fourth round of the 2015 NFL Draft. He finished his collegiate career with 387 receptions, the most of any wide receiver in NCAA history at the time.

He attended West Craven High School, where he played wide receiver before switching to quarterback in his senior season. He was also a letterman in basketball and track at the school.

In December 2014 he received the Burlsworth Trophy, given to the best player in college football to begin his career as a walk-on.

He has a younger sister named Kira.

He began catching passes from quarterback Matt Ryan in Atlanta in 2015.

Justin Hardy Is A Member Of