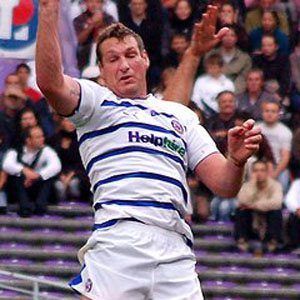 He played for the Australian under-21 team.

He garnered much controversy after he used explicit racial slurs towards South African winger Chumani Booi in 2005.

He was teammates with George Smith on the Australian squad that finished as runners-up at the 2003 Rugby World Cup.

Justin Harrison Is A Member Of