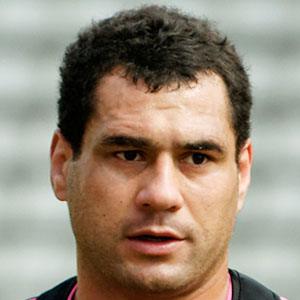 Named to the Wallaby Team of the Decade in 2010; won Australian Super 14 Player of the Year four consecutive years between 2006 and 2009.

He began playing rugby with the Warringah Roos and played his junior career with the Manly Vikings.

He became the youngest player to have played 100 Test matches at 29 years and 4 days.

George Smith Is A Member Of