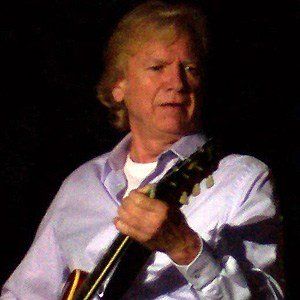 English singer-songwriter and guitarist for the progressive rock band The Moody Blues, the group known for "Nights in White Satin."

He began performing in local British clubs at age fifteen. One of his first groups was called All Things Bright.

He has released ten Platinum-selling albums with The Moody Blues since 1965.

He has a daughter, Doremi, with long-time wife Ann Marie Guirron.

He worked with John Lodge to compose the songs "Gemini Dream" and "Meet Me Halfway."

Justin Hayward Is A Member Of