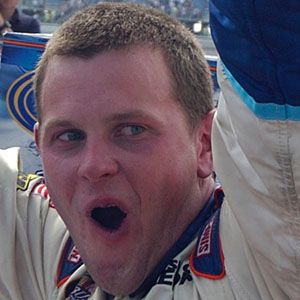 American race car driver who began his NASCAR career in 1999.

He began racing when he was 15 years old at Ace Speedway and Concord Motorsport Park.

He won his first NASCAR Nationwide Series race at the 2004 Twister 300 at Chicago.

His father Terry and uncle Bobby were both greatly successful NASCAR drivers.

He made his NASCAR Camping World Truck Series debut at the 2006 Silverado 350K, which was won by Clint Bowyer.

Justin Labonte Is A Member Of