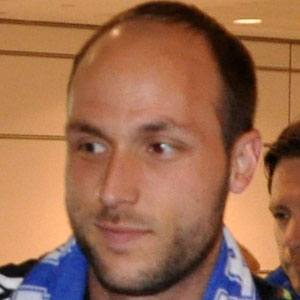 American forward who was named to the MLS Best XI in 2006 as a member of the Chicago Fire. After seven seasons with the Fire, he played for the Philadelphia Union for a season, then joined the Montreal Impact in 2012.

He was selected fourth overall in the 2002 MLS SuperDraft.

He played alongside midfielder Ben Olsen on DC United in 2002.

Justin Mapp Is A Member Of