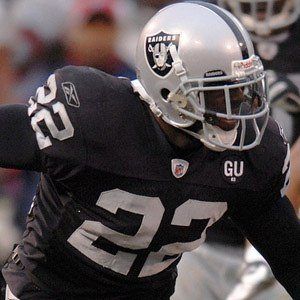 NFL cornerback and kick-return specialist who played with the New York Jets and the Oakland Raiders, among other teams.

He was All-ACC selection in 2004 as cornerback at Clemson University.

He returned to football in 2012 after a two-year absence, signing with the Detroit Lions. The relationship was short-lived, however, and by October 2012, he had been released.

He returned five kickoffs for a touchdown, making him the NFL's Fourth All-Time Kickoff Return Touchdown Leader, putting him in the same league as Tim Brown.

Justin Miller Is A Member Of