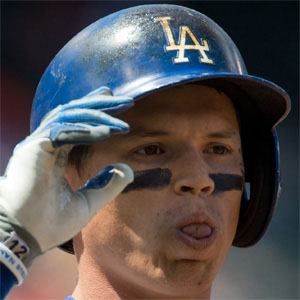 Infielder known for his ability to play a slick defensive shortstop, he debuted in the major leagues with the Los Angeles Dodgers in 2011.

He played baseball at Marina High School in California.

He was selected by the Oakland A's in the sixth round of the 2005 MLB Draft.

His father was a right-handed pitcher who played four seasons for the Boston Red Sox from 1985 to 1988.

He was the Dodgers' 2013 opening day starter at shortstop because star Hanley Ramirez was injured.

Justin Sellers Is A Member Of