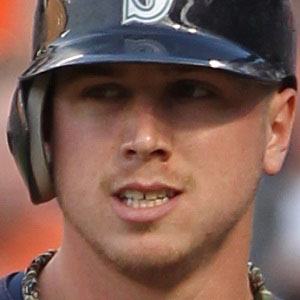 MLB first baseman who earned a starting role after being traded to the Seattle Mariners in 2010.

He was a two-time finalist for the Golden Spikes Award, while playing for the University of South Carolina.

He won a gold medal with the U.S. national team at the 2009 Baseball World Cup.

He married longtime girlfriend Kristin Bevacqua in November 2010. They have a daughter.

Upon entering the league, his playing style was compared to Atlanta Braves star Chipper Jones.

Justin Smoak Is A Member Of