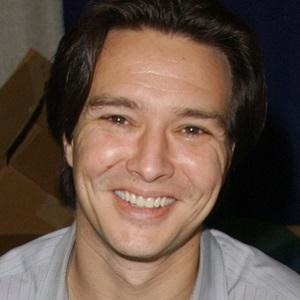 Though he is also known for his Young Artist Award-winning recurring role on the NBC series Blossom, Whalin is most famous for playing Jimmy Olsen on ABC's Lois & Clark: The New Adventures of Superman and for portraying Andy Barclay in the 1991 horror movie Child's Play 3.

He received a 1994 Emmy Award for his role in a CBS Schoolbreak Special episode titled "Other Mothers."

He grew up in San Francisco, California, as the son of Craig Whalin and Terry Villanueva. His marriage to Reina Flynn lasted from 2006 until 2009.

He co-starred with Sam Waterston and Mia Farrow in a Holocaust-themed made-for-TV movie titled Miracle at Midnight.

Justin Whalin Is A Member Of