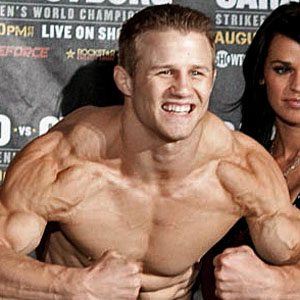 Bodybuilder turned fighter who began his MMA career with a 11-5-1 record.

He was a Division I wrestler while attending the University of Oregon.

He won an impressive six consecutive fights between June 2009 and April 2011.

He has a daughter named Natalie with his wife Leslie Wilcox.

He suffered his second career loss to Dan Hornbuckle on September 9, 2006.

Justin Wilcox Is A Member Of