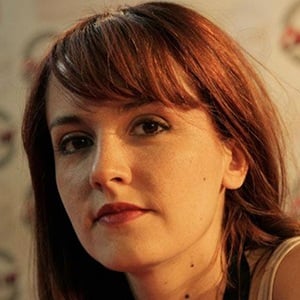 French actress and writer who's best known for playing Judith in the TV series Visitor from the Future. She also wrote and appeared in sketches on Golden Mustache.

She made her debut in theatre in the play Le Dénouement imprévu in 2005.

She appeared on the cover of the women's magazine Causette in 2014.

She was born and raised in Saint-Malo, France.

Justine Le Pottier Is A Member Of