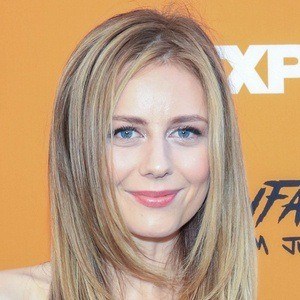 Actress who is known for her work in both TV and film. In 2013, she appeared as Nessa in Noah Baumbach's film, Frances Ha.

In 2007, she graduated from the Denver School of the Arts with a Bachelor's degree. She then went on to graduate from the Juilliard School's acting program in 2011.

She has appeared as a guest star and recurring character on various TV series, including Shameless and Harry's Law. In 2014, she was cast as the main character Maddie Culpepper on the ABC sitcom Cristela.

She was raised in Denver, Colorado. Her grandmother, Kay Schomp, is the namesake of a theater at the Denver School of the Arts. Her father, John, is an exhibition specialist for the Denver Art Museum.

She appeared alongside the writer of Frances Ha, Greta Gerwig, who also starred as the titular character.

Justine Lupe Is A Member Of