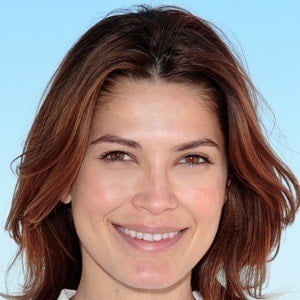 Polish-Panamanian model and beauty queen who was originally named the first runner-up at Miss Universe 2002 but took the crown when the original winner was stripped of her title. She has also served as an FAO Goodwill Ambassador.

She spent much of her early childhood in the village of Wożuczyn, Poland. She began modeling in 1996.

She was a contestant on the game show Minute to Win It in 2010.

She married Dan Joelson in 2009. They welcomed a daughter in 2012 and a son in 2019. She has younger brothers named Tedvaad and Alvaro.

She took the Miss Universe 2002 crown from Russia's Oxana Fedorova.

Justine Pasek Is A Member Of