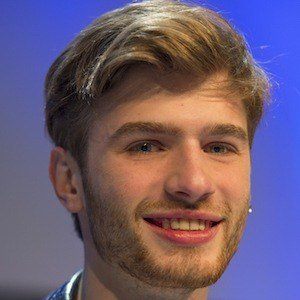 Also known mononymously as simply Justs, he is a singer who would represent his country of Latvia in the 2016 Eurovision Song Contest with a song called "Heartbeat." He self-released a digital version of an EP titled To Be Heard in May of 2016.

He would begin studying at Riga Teacher Training and Educational Management Academy in pursuit of becoming a vocal coach of popular and jazz music. He eventually wanted to open an alternative music school.

He was born in Ķekava, Latvia. He has a dog.

He competed in the 2016 Eurovision Song Contest that would be won by Jamala.

Justs Sirmais Is A Member Of