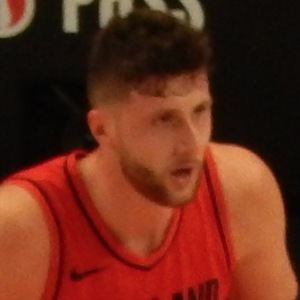 6'11" center who was selected 16th overall in the 2014 NBA Draft by the Chicago Bulls. His rights were then directly traded to the Denver Nuggets in a move that sent Doug McDermott to Chicago.

He began his junior basketball career with Zlatorog Lasko, then debuted professionally in 2012.

He helped Cedevita win the Croation Cup in 2012 and 2014 and the Croatian League Championship in 2014.

He was born and raised in Tuzla, Bosnia and Herzegovina.

He and shooting guard Gary Harris were both involved in the draft day trade for McDermott, becoming teammates on the Denver Nuggets.

Jusuf Nurkic Is A Member Of