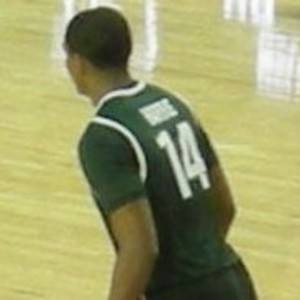 Shooting guard who was selected 19th overall in the 2014 NBA Draft by the Chicago Bulls, who immediately traded his draft rights to the Denver Nuggets. He spent two years with the Michigan State Spartans basketball team, helping lead the team to the sweet 16 in 2013 and elite eight in 2014. He was a 2012 McDonald’s All-American.

He played basketball at Hamilton Southeastern High School in Indiana.

He was named Big Ten Freshman of the Year in 2013.

His parents are named Gary and Joy.

The great Tom Izzo was his head coach during his two years at Michigan State.

Gary Harris Is A Member Of