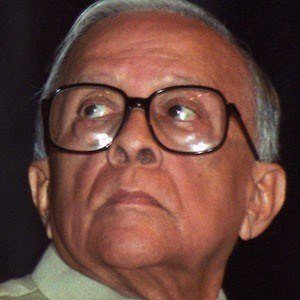 He was drawn to Communism after reading the works of Communist philosopher, Rajani Palme Dutt.

He became the longest-serving Chief Minister of any state of India.

His father, Nishikanta Basu, was a doctor.

Prime Minister Manmohan Singh led the nation in mourning his death in 2010.

Jyoti Basu Is A Member Of