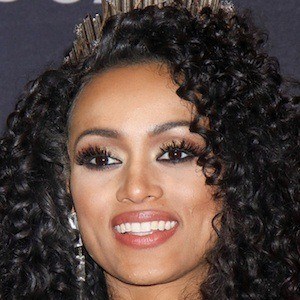 She earned a degree in chemistry at South Carolina State University before working as an emergency preparedness specialist for the Nuclear Regulatory Commission.

She was first runner-up for Miss District of Columbia USA in 2015 and 2016 before finally winning the title in 2017.

She was born in Naples, Italy to Betty Ann Parker and Artensel E. McCullough Sr. Her father was a member of the US Marine Corps.

She was preceded in the title of Miss USA by 2016 winner Deshauna Barber, who was also Miss District of Columbia.

Kára Deidra McCullough Is A Member Of