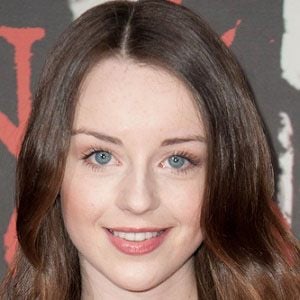 Actress best known for her roles in the television shows Hannibal and The Killing. She is also notable for her role as Prudence in the 2011 movie Red Riding Hood. In 2014, she began starring as Jenna Engel in the Global/NBC sitcom Working the Engels.

She made her screen acting debut in a 2010 episode of the series V.

She was in the cast of the video production Flicka: Country Pride.

She was born to comedienne and playwright Jan Derbyshire and director Michael Rowe.

She and Zach Mills were both in the cast of the teen mystery series Clue.