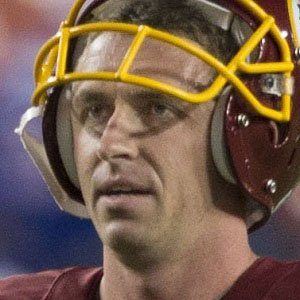 NFL placekicker set an NFL record to begin his career by making 17 consecutive field goals with the Washington Redskins in 2012.

He was the top-ranked placekicker in the country in high school prior to selecting UCLA as his school of choice.

He was a one-time All-American and one time All-Pac-10 selection before signing with the Dallas Cowboys as a free agent in 2011.

He is the son of Thomas and Susy Forbath.

He took over Billy Cundiff's role as starting kicker for the Washington Redskins in 2012.

Kai Forbath Is A Member Of