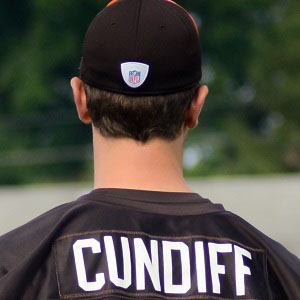 NFL placekicker who began his career with the Dallas Cowboys in 2002, then became journeyman for the next decade.

He was a Division AA All-American during his senior season at Drake University.

He had a great season in 2010 with the Baltimore Ravens, when he was named to his first Pro Bowl.

He fathered three children with his wife and college sweetheart, Nicole.

He was signed by the San Francisco 49ers on January 1, 2013, because of David Akers' kicking struggles, but the 49ers released him less than two weeks later in favor of keeping Akers.

Billy Cundiff Is A Member Of