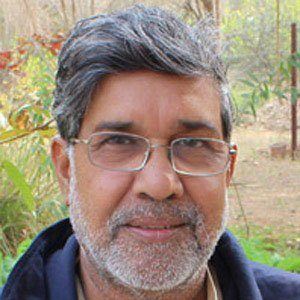 Famous as the founder of the Bachpan Bachao Andolan (English translation: Save the Childhood Movement), this Nobel Peace Prize-winning activist fought to protect tens of thousands of children worldwide from being forced to labor for long hours under dangerous working conditions.

After earning an electrical engineering degree from India's Samrat Ashok Technological Institute, he pursued a career as a teacher. In the early 1980s, he began his activism work as a member of the Bonded Labor Liberation Front.

In the mid-1990s, he received the Robert F. Kennedy Human Rights Award. He later established the Global Campaign for Education and served as the organization's first president.

A native of Vidisha, Madhya Pradesh, India, he later settled in New Delhi with his wife and two children.

Kailash Satyarthi Is A Member Of