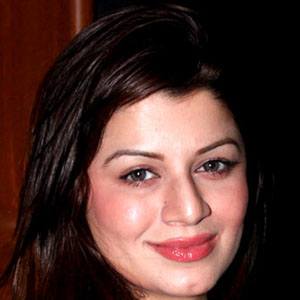 Print and runway model who was the face of Hindware, Cadbury Eclairs, Archies Greetings, and Panasonic. She walked in Lakme Fashion Week for designer Anjana Bhargawa when she was very young.

She studied in NIFT in New Delhi while beginning her modeling career. Her first ad was for Satya Kashmiri jackets and she followed that with a cover spot on Fashion Bloom.

A director asked her to do a song with actor Akshay Kumar for the film Khatta Meetha after she initially traveled to Mumbai to judge the Miss Kerela Contest.

Her father worked in chemical factories and mother was a house wife. She has a one brother and one sister.

She was offered the lead role of Grand Masti opposite Vivek Oberoi in a blockbuster film directed By Mr. Indra Kumar.

Kainaat Arora Is A Member Of