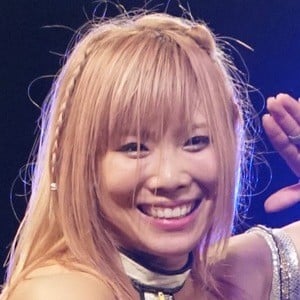 Japanese professional wrestler and actress who is best known for her work with the WWE. She is assigned to its developmental branch NXT under the ring name Kairi Sane, her birth name being Kaori Housako.

She first began wrestling professionally in January of 2012 for the World Wonder Ring Stardom promotion where for the next five years, she became a one-time World of Stardom Champion. She then signed to the WWE in 2016.

She is an ambassador to her hometown of Hikari, Yamaguchi.

She was born and raised in Yamaguchi. She has a sister who is three years older than her.

In 2016, Dave Meltzer of the Wrestling Observer Newsletter called her and her fellow Stardom workers Lo Shirai and Mayu Iwatani "three of the best wrestlers in the world."

Kairi Sane Is A Member Of