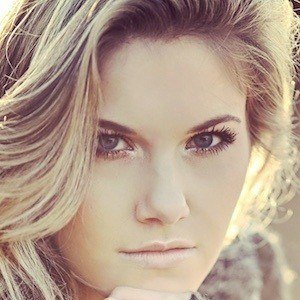 Singer most popularly known for the release of her singles "Coal Train" and "Burn." She has opened for artists like Billy Currington and Doug Stone. She has also performed on the public television concert series "Song of the Mountains."

At seven she began singing in church and by the age of fourteen she'd completed two albums. At fifteen she was making regular trips to Nashville to write, record, and perform music.

She has performed at the famous Tootsie's in downtown Nashville and at the House of Blues in Los Angeles.

She was heavily inspired by her grandfather, a musician, to learn to play the guitar and mandolin.

She posted a photo on Instagram with Rhonda Vincent after performing with her in August 2014.

Kaitlyn Baker Is A Member Of