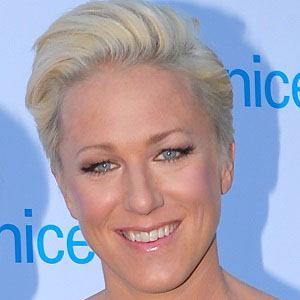 She played a wide variety of sports as a child, including volleyball, soccer and badminton. She attended Southern Methodist University in Dallas, Texas, where she was the NCAA Champion in 1997 and 1999.

After retiring from athletics, she began serving as an ambassador for both UNICEF and the IAAF.

She was married to Swedish director and actor Mans Herngren from 2007 to 2011. She has an older brother named Anders.

After 7 years as the reigning Swedish National High Jump Champion, her streak of titles was broken by Carolina Kluft in 2004.

Kajsa Bergqvist Is A Member Of