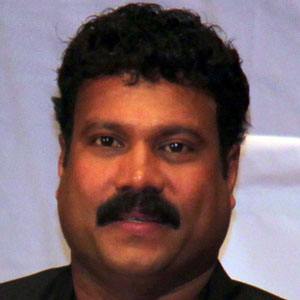 At the start of his career, he was cast primarily in comedic roles. Later, however, he expanded his repertoire to include dramatic characters, winning a 2002 FilmFare Award for his villainous role in the Tamil movie Gemini.

An Indian folk singer and cinematic playback vocalist as well as an actor, he recorded a debut music album titled Kannimanga Prayathil.

He married a veterinarian with the surname of Nimmy; the couple welcomed a daughter, Sree Lakshmy, in 2000.

He and Biju Menon were both in the cast of the 1999 Malayalam movie Vasanthiyum Lakshmiyum Pinne Njaanum. Mani's portrayal of the blind vocalist Ramu is considered by many to be the highlight of his acting career.

Kalabhavan Mani Is A Member Of