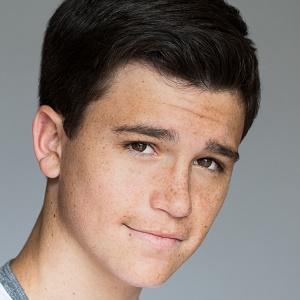 Well known for his recurring role as Kyle in Nickelodeon's Bella and the Bulldogs and as Noah on Freeform's The Fosters. He landed starring roles in the Amazon Studios pilot Maker Shack Agency, the Nickelodeon show Deadtime Stories and Netflix's No Good Nick.

He was cast as a lead in a school musical, and soon realized he loved being in front of the camera. He later landed a co-starring role on an episode of Hawaii Five-0.

He was seen in Disney's Dog with a Blog as Brian in 2015, as a guest star in Comedy Central's Kroll Show, and in Showtime's Ray Donovan.

He was born and raised on the island of Oahu, Hawaii, and is the youngest of three children. He is the great-grandson of Entertainment legend E.K. Fernandez AKA P.T. Barnum of the Pacific and Rose Nearing of the Nearing sisters Vaudeville and High Wire Act. He and his girlfriend, actress Daniela Leon, began dating in 2016.

He was the lead for the award-winning short film The Kid, written and directed by Sean Brosnan.