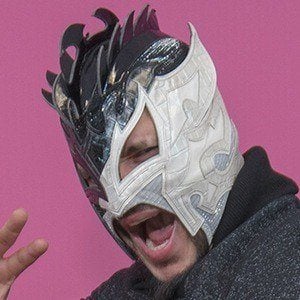 Mexican-American wrestler who won the NXT Tag Team Championship as one half of The Lucha Dragons before being promoted to the WWE's main roster in February 2015. He previously wrestled in the promotions Asistencia Asesoría y Administracion, Dragon USA and Evolve.

He was born in Chicago and spent his early yeras in Mexico City. He made his professional wrestling debut in 2006 using the ring name Samuray del Sol.

He has a diverse sports background, having competed in taekwondo, amateur wrestling, gymnastics and football.

His birth name is Emanuel Alejandro Rodriguez. He has been married to Abigail Rodriguez.

He was a member of the tag team The Lucha Dragons with fellow masked wrestler Sin Cara.

Kalisto Is A Member Of