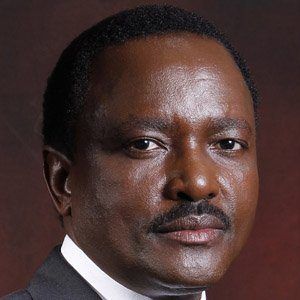 He studied law at both the University of Nairobi and the Kenya School of Law and went on to receive business training from the Mediterranean Institute of Management.

Beginning in 1985, he served in Kenya's Parliament.

His marriage to Pauline Musyoka resulted in four children.

He served as Kenya's ninth Vice President under the presidential administration of Mwai Kibaki.

Kalonzo Musyoka Is A Member Of