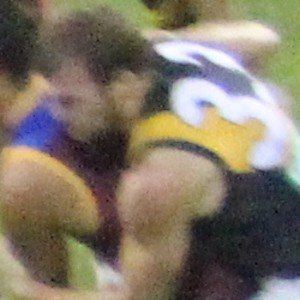 Australian rules football half back and midfielder who was drafted by the Richmond Football Club in 2012.

He was taken by Richmond with the 31st overall pick in 2012.

He grew up with his family in Australia.

He and Richard Tambling were both first round picks of Richmond.

Kamdyn McIntosh Is A Member Of