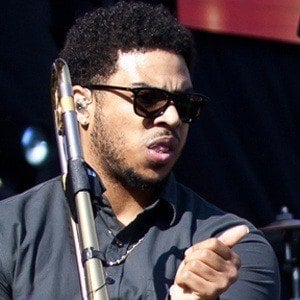 Singer and trombone player who is best known for being a part of Bruno Mars' band. He released his first single "Sam" featuring Naj Murph in September 2016.

He has been playing trombone since he was a kid. He graduated from Morehouse College.

He attended the New School for Jazz from 2009 to 2011 when Bruno Mars enlisted him for his band. He has over 50,000 followers on Instagram.

His mother's name is Sheila Whalum.

Kameron T Whalum Is A Member Of