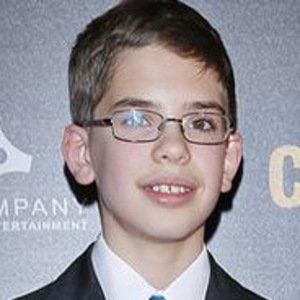 Polish film actor who first rose to fame in 2013 starring in the adaptation of Uri Orlev's novel Run Boy Run. He has also starred in the films Life Feels Good and Stones for the Rampart.

He first began his career acting in commercials and advertisements for the syrup brand Kidabion.

In 2014, he earned a small guest role in the television series Prawo Agaty.

His twin brother, Andrzej, is also an actor. The pair shared the lead role in Run Boy Run.

Both he and Jakub Gierszal are successful film actors from Poland.

Kamil Tkacz Is A Member Of