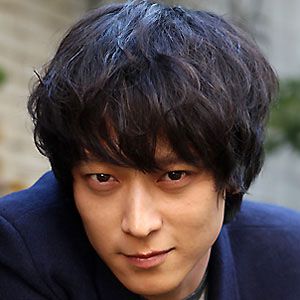 Known for his roles in such South Korean films as Temptation of Wolves, Duelist, and Maundy Thursday, this popular actor also appeared in several SBS and MBC television series, including Magic and 1% of Everything, earning a 2003 MBC Drama Award for the latter work.

He graduated from Hanyang University with an honors degree in mechanical engineering. Before earning a graduate degree in film and theater from Sangmyung University, he modeled for such fashion labels as Gucci and DKNY.

He won Blue Dragon Film Awards for his roles in Temptation of Wolves and Duelist.

He grew up in Busan and Changwon, South Korea, as the son of business executive Kang Cheol-woo.

He co-starred with Song Hye-kyo in both My Brilliant Life and Love for Sale.

Kang Dong-won Is A Member Of