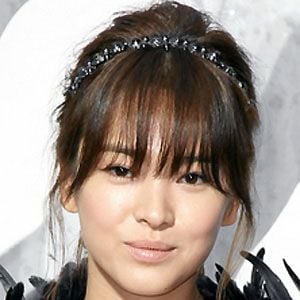 At the age of fourteen, she was the winner of a national modeling competition sponsored by an energy and telecommunications mega-company called the SK Group. She went on to appear in a 1996 television series called First Love.

She temporarily suspended her acting career to travel and study in San Francisco, California and Seattle, Washington. She returned to South Korean television in 2008.

She was romantically tied to fellow South Korean actors Lee Byung-hun and Hyun Bin. In 2017, she married actor Song Joong-ki, but the two separated in 2019.

She acted opposite Korean pop singer Rain in Full House, a KBS2 drama series that aired in 2004.

Song Hye-kyo Is A Member Of