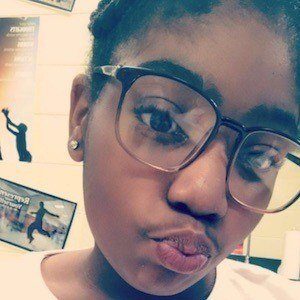 Became a popular personality on the app musical.ly, which was later rebranded as TikTok. She made up one-fourth of the collaborative musical.ly account K.and.ZNation. The account earned a following with lip syncs set to artists like Eric Bellinger and Iggy Azalea.

The K & Z Nation YouTube channel was created in December of 2013, long before the advent of musical.ly.

She hails from Madison, Alabama.

The other members of K.and.ZNation included Kasey and Zariah.

Kaniya Harden Is A Member Of