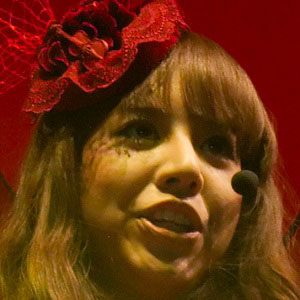 Popular Japanese cellist and singer who made waves in 2008 when her single "Still Doll" became the theme to Vampire Knight, an adaptation of the anime of the same name. In addition to her work as a solo artist, she sometimes tours as part of a duo with famed Japanese bassist, Kanon, in a group called Kanon X Kanon.

A trained cellist since the age of 3, Wakeshima decided at the last minute to had those skills to her demo tape when auditioning as a singer for Sony Music Group.

Wakeshima is known for her eclectic performances which often includes wearing lavish, flowing gowns. She has four cellos that she uses in rotation; each having a different name, color, and sound when playing.

She was born in Tokyo, Japan.

Her fame as a cellist has skyrocketed her to the ranks of other famous cellists like Yo-Yo Ma.

Kanon Wakeshima Is A Member Of