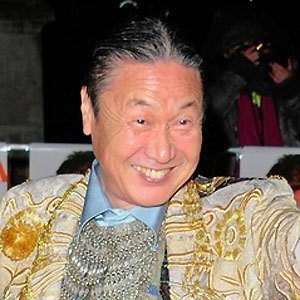 This prominent twentieth-century Japanese fashion designer rose to fame during the 1970s and 1980s and founded a Tokyo fashion house called the Yamamoto Kansai Company, Ltd. He established his Kansai Boutique in Paris, France in 1977.

After taking courses in English and civil engineering at Tokyo's Nihon University, he trained at the Bunka College of Fashion. His first fashion collection premiered in London, England in 1971.

The Philadelphia Museum of Art held a 2009 retrospective of his fashion design work.

He grew up in Yokohama, Japan, and later settled in Tokyo.

Kansai Yamamoto Is A Member Of